A Celebration of Arts 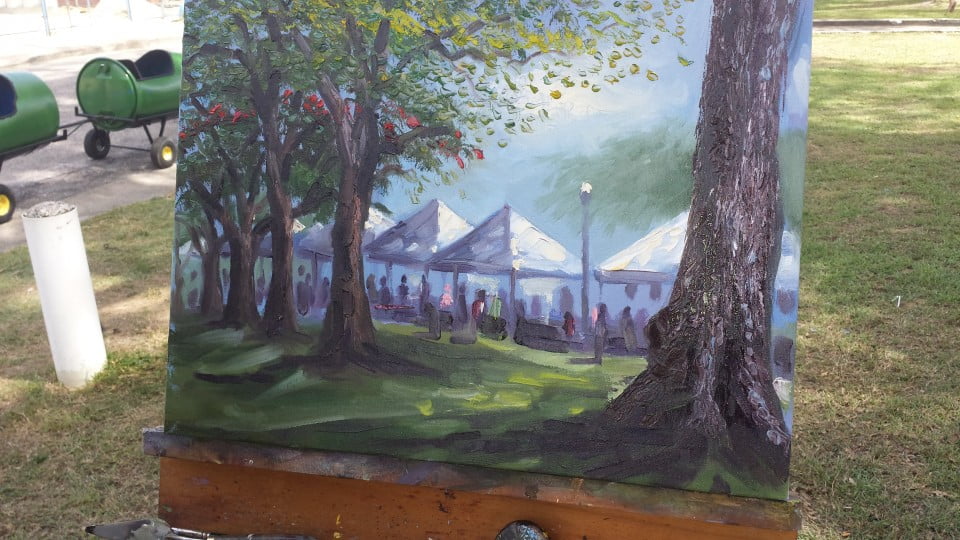 More than 50 emerging local artists and vendors will flock to the Ariapita Avenue tomorrow and Sunday to be a part of Trinidad and Tobago’s first Street Arts Festival hosted by the Trinidad and Tobago Coalition of Services Industries (TTCSI).

The event begins today with a film extravaganza featuring Calypso Rose-Lioness of the Jungle, a documentary sponsored by Trinidad and Tobago Film Festival at the Little Carib Theatre, Woodbrook. The film would showcase the many facets of the Calypso Rose (McArtha Lewis) and the audience would learn of the great personal struggles she had to overcome throughout her life. Persons attending the launch of the festival would also gain a better understanding of the woman behind the powerful public persona (See Page 4B).

Artistes representing different musical genres would be performing over the next two days on Ariapita Avenue, which will be transformed into a hub of creative energy.

From Fitt to Carlos streets culminating at Adam Smith Square, patrons can experience dance, drama, a series of short films by Animae Caribe, story telling, open microphone, instrumental and poetry reading, music and entertainment, fashion, tassa, traditional mas, provocative fitness, yoga in the park, a kids corner with face painting and aerial sky kids and much more. There would also be the OutLet Market, which would have displays of handmade art and craft for sale. Each day the Street Arts will begin at 10 am and end at 6 pm.

Patrons would also see local painters, sculptures, caricature artists doing live demonstrations of various art and craft including mosaic art, chalk art, digital art, henna art and graffiti. Visual artist, Darren Cheewah, would be doing a live painting using a bus as his canvas, which was donated by PTSC through the Ministry of Transport.

This bus would become an artistic centerpiece for public display during the two days and after the Street Arts Festival. Patrons are also free to walk with their paintbrushes and canvas to sit and be inspired to paint as well as participate in the chalk art competition.

According to a TTSCI media release, the theme of the festival is, “A Celebration of Arts” and its focus would be on highlighting and showcasing the talent of stakeholders in the Creative Industry, inclusive of seven sectors – Visual and Performing arts, Festivals, Music, Heritage, Fashion and Film. “TTCSI is a strong believer in the potential of the creative sector and this signature event is intended to become an annual international platform for cultural exchanges and constantly engaging and sharing our cultural heritage and bringing community awareness, appreciation and inspiration for the arts and culture,” the release stated.

There are also plans for a follow up programme for upcoming artistes participating in the SAF, where they will undergo mentorship and guidance in making the next steps in their career.

TTSCI expects two-fold benefits from the Festival. “It is meant to target family and friends coming together and also seeks to educate, inspire and reshape the way artists in the creative industry thinks, markets and promotes their services,” the release stated.