TTCSI CEO Calls For Gender Inequality To Be Addressed 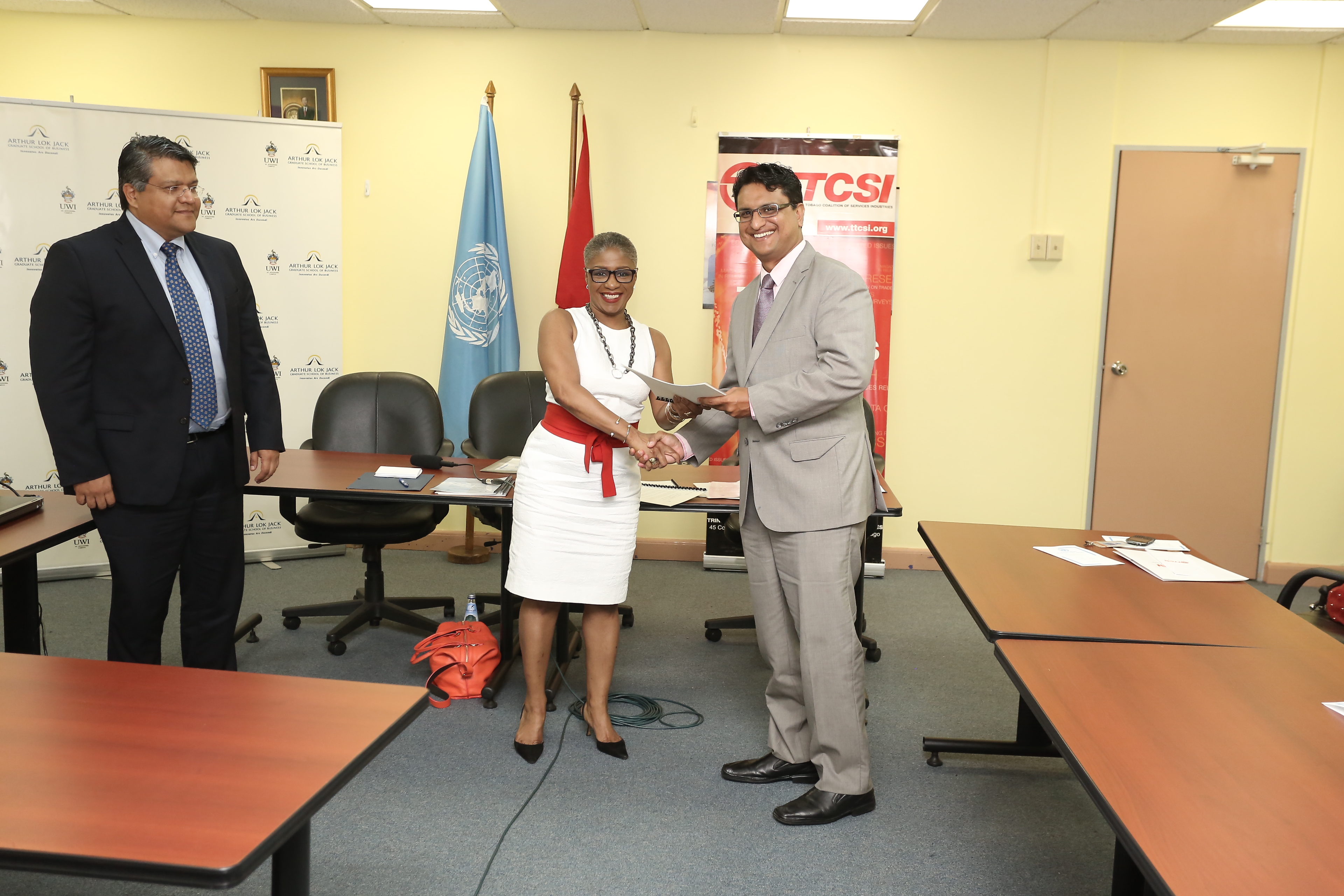 Nirad Tewarie, T&T Coalition of Services Industries’ (TTCSI) Chief Executive Officer has called for gender inequality to be seriously addressed in order for this country to fully reap its economic and social potential.

He said it was apparent that men and women doing similar type jobs were being paid differently, where the average income for men was higher than women.

Substantiating his point he said, “according to the Central Statistical Office, the average monthly income for men in 2010 was TT$4,790, as oppose to TT$3,958 for women in 2010. It is therefore, unacceptable that in 2010 the average male received a salary 21% higher than the average female. This must be cause for concern and we have to take proactive steps to erase this difference especially when there were 20 per cent more females employed than males with tertiary level qualifications of that same year.”

He said, “If we are under represented by half of the population, then we are not reaping the total benefits the nation can accrue.”

Going further, he highlighted another World Bank Report from 2006 to 2012, which revealed that only 59 per cent of women are active in the labour force as opposed to 82 per cent of the males. “This too needs to be addressed,” Tewarie said.

The TTCSI CEO said this is, in part, what motivated TTCSI to partner with United Nations Office for South-South Co-operation and Arthur Lok Jack Graduate School of Business (ALGSB) to establish a Network for Economic Empowerment of Women of the South (N.E.E.W.S) project.

“Gender inequality anywhere is not just an issue for the group that is being marginalized, but for all.”

Tewarie was speaking yesterday at an MOU Signing ceremony, where TTCSI, United Nations Office for South-South Cooperation and ALGSB signed an MOU to launch the N.E.E.W.S project at the United Nations House, Chancery Lane, Port-of-Spain.

The objective of NEEWS is to create a network to further opportunities for women’s economic empowerment and to establish a Business Accelerator to underpin the growth of businesswomen on the global south. The Business Accelerator, which would be facilitated by ALGSB, would compromise various components inclusive of a mentorship programme.

Tewarie said, “TTCSI strongly feels the acceleration of women-led businesses, which is a subset of the work being done at TTCSI, will have a tremendous and a positive impact on TTCSI’s goal of expanding the services sector through export-led growth.”

Also delivering brief remarks was Dr Inyang Ebong-Harstrup, Deputy Director, United Nations Office for South-South Cooperation, who said the idea for NEEWS project originated when she was invited by Hilary Clinton, former United States Secretary of State, to a Women’s Leadership event called Women In Public Sector project. The event, she said, hosted women from Africa, Arab and European regions and the focus was on women’s leadership in the public sector.

Coming out of the event, Dr Harstrup said, she observed that women, especially women at the middle level, had challenges in economic advancement and achieving leadership roles in society. This presented an opportunity to create a space and bring together middle level enterprises managed by women from four sectors-Agriculture, Creative Industries, Technology and Energy sectors in a closed space to accelerate their growth through a mentorship/network system.

Dr Harstrup said she felt that this project must have a South–South dimension and quickly looked to Trinidad & Tobago to bring this project to a reality.

“This is where the idea was born and we felt that TTCSI and Arthur Lok Jack were the ideal institutions to partner with as they have the resources and expertise to start a pilot project in the region (Caribbean and Latin America).”

Meanwhile Executive Director of the ALGSB Prof Miguel Carrillo said the timing for the NEEWS project was ideal for T&T and the Caribbean and his institution is ready to make it happen. Charged with the responsibility of designing and facilitating the Business Accelerator programme, Carrillo said the programme would target about 50 companies and create approximately 1,500 new jobs.

The NEEWS project would be officially launched at TTCSI’s National Services Week in November and the Accelerator programme would start before the end of the year. It is expected that applications for participation will be accepted from mid-June, 2014. More information will be available on the TTCSI website.